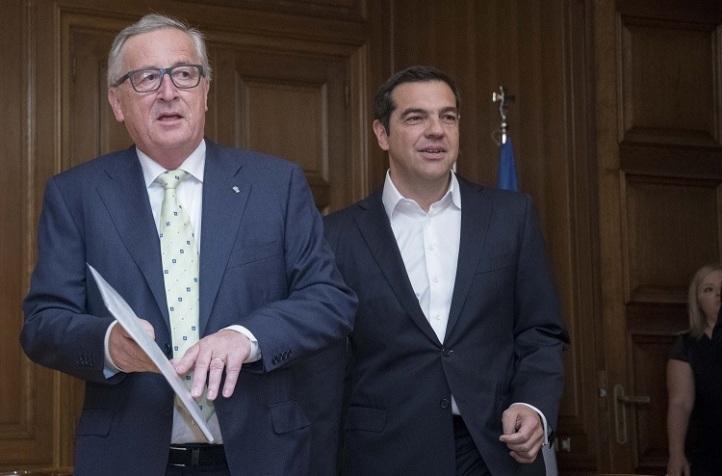 The current political debate in Greece is about the next day of the end of adjustment programs on August 2018, when the third program that the government signed on August 2015 finishes. In brief, the debate is about the dilemma of a clean exit (without a preventive credit line from ESM) or the demand for a stand-by loan, accepting simultaneously the accompanying conditionalities.

The reality is much simpler. The government of SYRIZA voted on June 2017, as a precondition of the second review which liberated the third tranche of the loan, “to maintain a primary surplus of 3.5% of GDP until 2022 and therefore… a primary surplus of equal or above to 2% of GDP in the period from 2023 to 2060”[i]. As a result, a fortune of harsh austerity measures and the shape of the next day have already been agreed.

In close relation to the latter conditionality is the regulation No 472/2013 of the European Parliament and the Council of 21 May of 2013 – which is a voted law by the Greek parliament- defining that “a member state shall be under post-programme surveillance as long as a minimum of 75% of the financial assistance received from one or several other member states, the EFSF, the ESM, or the EFSF has not been repaid”. This period ends in Greece on 2050. After that, Greece will pay 77.8% of its debt to the official creditors. Now, the debt from the rescue mechanism reaches 243.861 bn. of a total outstanding debt of 324.192 bn.

Many scientific contributions have shown that such an achievement is, realistically, impossible. Among many others, Eichengreen and Panizza have shown that fiscal surpluses of this scale and persistent are rare[ii]. However, more important than the feasibility of this aim are its political and economic implications.

Both of these measures pre-define the economic policy of the following 4 decades. Under these restrictions, the results of the following 10 elections (if we suppose that we will have no snap elections – a probability which tends to be impossible) are meaningless! The strict austerity will be the elephant in the room of fiscal policy which violates the freedom of elections, even the scope of a modern democracy when a crucial pillar of the well-being has been excluded from the public controversy.

On an economic level, the obligation of primary budget surpluses until 2060 comes along with a perpetual poverty for hundreds of thousands of people who have not even voted or they have not even been born yet. A primary surplus of 3.5% and 2% of current GDP means 3.7 and 6.4 bn. respectively to be taken away each year from the “real economy” by means of taxes or spending cuts. The consequences if these measures can be more easily understood if we bear in mind that the yearly budget of the Ministry of Education is 5.2 bn. and the yearly public investments reach 3.5 bn. So, we could suppose that if Greece didn’t have these obligations, it could easily double its public investments and the expenses of the Ministry of Education.

There are already serious social struggles from trade unions asking the hiring of public servants and the increase of the public spending in primary and higher education, against these measures, which violate human rights of the future generations.

[ii]Eichengreen B. & Panizza U. (2014) A surplus of ambition: Can Europe rely on Large Primary Surpluses to Solve its Debt Problem?, NBER Working Paper, No 20316.

This site uses Akismet to reduce spam. Learn how your comment data is processed.